Nine Catalan political leaders and activists have been convicted to between 9 and 13 years in jail for their role in the 2017 independence referendum, found guilty of sedition and in some cases misuse of funds.

Spain’s Supreme Court convicted former vice president Oriol Junqueras to 13 years behind bars, with former ministers Jordi Turull, Raül Romeva and Dolors Bassa getting a 12-year sentence. The former parliament speaker, Carme Forcadell, was sentenced to 11 and a half years for sedition. Former ministers Joaquim Forn and Josep Rull got 10.5-year sentences each, with leading activists Jordi Sànchez and Jordi Cuixart being sentenced to 9 years, also for sedition.

The long-awaited verdict sparked protests all throughout Catalonia, with several pro-independence groups calling demonstrations and blocking major roads in Barcelona. Early in the afternoon, the Tsunami Democràtic group called to block the Barcelona airport. The prison sentences attracted international attention, with major political figures reacting to the verdict.

Football coach Pep Guardiola reads statement on behalf of Tsunami Democràtic protest group, calling on the international community to take a clear stance on the conflict between Catalonia and Spain.

+100 flights cancelled at Barcelona airport due to protests 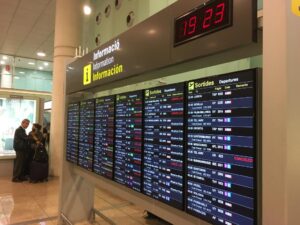 Tens of thousands gather in most cities and villages of Catalonia, often under the rain, against the verdict and in favour of independence. 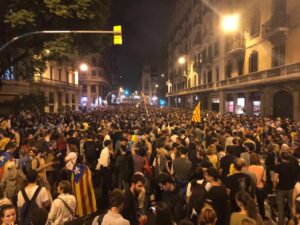 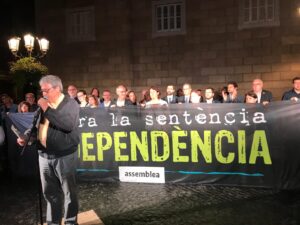 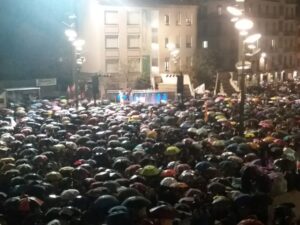 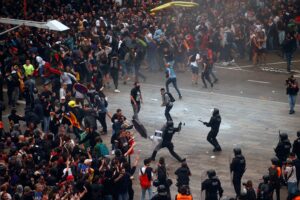 Editorial by The Guardian: "The Guardian view on Scottish nationalism: a warning from Catalonia" 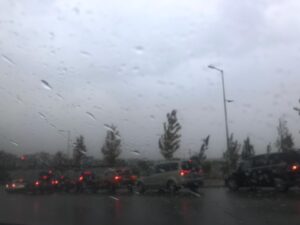 15 flights cancelled at Barcelona airport so far due to protests.

Greens/EFA in the European Parliament show solidarity with Catalan leaders and say sentences are a "travesty of justice".

Showing solidarity to the Catalan leaders.

We consider this ruling disproportionate and call for a political solution. 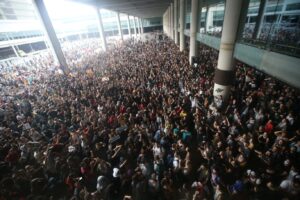 Thousands march on foot to Barcelona airport following the indication of the protest camapign Tsunami Democràtic.

Thousands of citizens march on foot to #Barcelona's airport to protest against the 100-years-jail conviction of 9 #Catalonia's political & civil leaders for organizing the 2017 independence #referendum.#Standup4Cataloniapic.twitter.com/nLIL5c5nEn

FC Barcelona player Gerard Piqué feels proud of his club after it states that "Prison is not the solution" in an announcement.

Proud to be part of this Club. https://t.co/RlkeYsyccS 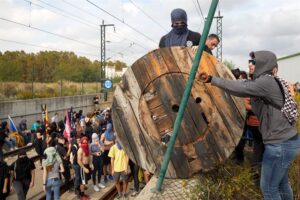 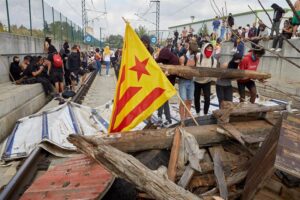 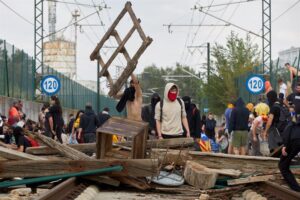 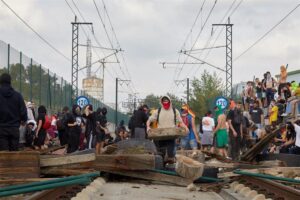 This is how the road to Barcelona airport looks right now.