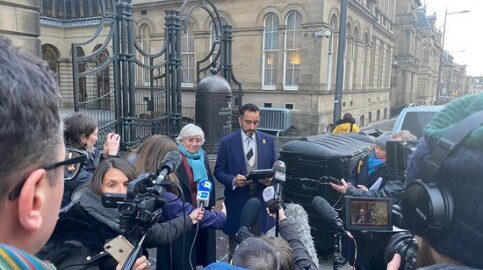 Exiled Catalan minister Clara Ponsatí’s defense team has asked for some of Spain’s top officials at the time of the 2017 independence referendum, along with some current leading politicians, to be summoned as witnesses in her extradition case which is currently being considered by Scotland’s judiciary. After a preliminary hearing in Edinburgh on Thursday, her lawyers requested for Spain’s acting president, Pedro Sánchez, and his home affairs minister, Fernando Grande-Marlaska, to attend her trial, as well as the former foreign minister, Josep Borrell, who is the current EU head of diplomacy.

Ponsatí’s lawyer Aamer Anwar has also asked that some of those in charge of Spain’s government during the 2017 referendum be summoned, including former president Mariano Rajoy, former vice president Soraya Sáenz de Santamaría, and former foreign affairs minister José Manuel García-Margallo. The current leader of the far-right Vox party and MP in congress, Santiago Abascal, has also been requested by Anwar. The lawyer said after the hearing that he would seek the “help” from Spanish authorities in order to make sure they attend the court as witnesses.

The former Catalan education minister will face another preliminary hearing on January 23, which is also when the court is expected to announce the timeline for the process. “The legal teams requested that 6 weeks be allocated for a full hearing,” said Anwar. Ponsatí faces a European arrest warrant issued by Spanish authorities for sedition charges for her role in the 2017 independence bid.

According to her, the Scottish prosecutor, acting on behalf of the Spanish one, will request her extradition for treason, considered to be equivalent to the crime of sedition in Spain. “The prosecutions are seen as a politically motivated attempt to criminalize a desire for independence,” said Anwar to the press. For him, Spain is moved by “vengeance, total contempt and lack of respect for human rights” in the case.