Who is the average Barcelona foreign worker? 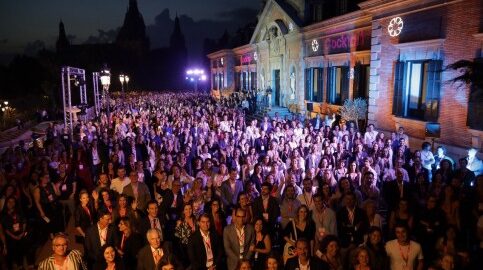 There is no doubt that Barcelona is a global city. While it is known for being one of the most popular tourist destinations in the world, its international workforce is often overlooked. Wednesday saw the seventh edition of the Hola Barcelona! Cocktail event, in which 1,500 people of 80 nationalities who have elected to live and work in Barcelona come together.

Indeed, Barcelona is home for nearly 334,000 foreign citizens, comprising one out of every five people in the city. But who is the average international worker in Barcelona?

A study conducted by the Barcelona Global International Talent Monitor on over 1,000 foreign workers in the city has revealed that the average Barcelona worker is European, between 35 and 49, and has a Master’s degree. Unsurprisingly, 65% of international workers are European. A quarter of workers are from further West, from the Americas, whilst Asia only makes up 5% of the work force.

Under one fifth of workers are above the age of fifty, with those between 35 and 49 years old making up 45%, and the 18-34 range 38%. Jobs can be very competitive for international seekers. Perhaps for this reason, as high as 56% have a Master’s degree and 14% a PhD.

The event was held in collaboration with Sabadell Bank, Cushman&Wakefield, New Barcelona and Focus Group. It was led by Mayor of Barcelona, Ada Colau and president of Barcelona Global, Pau Guardans. Guardans has underlined Barcelona’s status as a “global city”, and praised the benefits of having an international workforce.

43% of workers in Barcelona have no intentions of leaving the city, whilst a further 24% has no intention of doing so in the near future. Therefore, it seems that international workers are happy and set to continue in Barcelona.

Guardans has stressed the benefit of international workforce for bringing change in the city.  He regards them as a breath of “fresh air” and strongly believes that they can “push the city further.” For this reason, he has urged for them to continue to bring change in the city by citing effective practicies in their own.