52 French MPs call for end of “repression” against Catalan leaders

The political conflict between Catalonia and Spain saw a spin-off in France this weekend, after 52 French MPs called on Madrid to end the “repression” against the pro-independence leaders in jail or in exile.  The MPs believe that denying them their freedom is “an attack against the fundamental freedoms and the exercise of democracy.”

“Respect for institutional norms is one thing, but we do not think that political debate should end in repression, with attacks on people’s rights due to a sort of offense of opinion.” Their op-ed in ‘Le Journal du Dimanche’ also reads: “These elected representatives have been imprisoned and exiled for their political decisions, for wanting to organize a demonstration, and they risk a verdict with harsh prison sentences.”

The officials backing the text include the head of far-left La France Insoumise, Jean-Luc Mélenchon, and officials from other minor parties, such as the centre-liberal UDI or the Communists. Former French left-wing ministers Marie-George Buffet and Sylvia Pinel have also signed the text. The French National Assembly has 577 members.

A few hours after the publication of the op-ed, the chamber speaker, Richard Ferrand, contradicted them in an official statement expressing “respect and trust” for Spain’s constitutional framework.

“The president remembers his commitment to unity and integrity of our European neighbors,” reads the text. Ferrand also believes that the political conflict between Catalonia and Spain is an “internal affair.”

Opposed reactions in Catalonia and Spain

Meanwhile, the Catalan president, Quim Torra, thanked the MPs’ initiative, which he described as “commitment to democracy.” 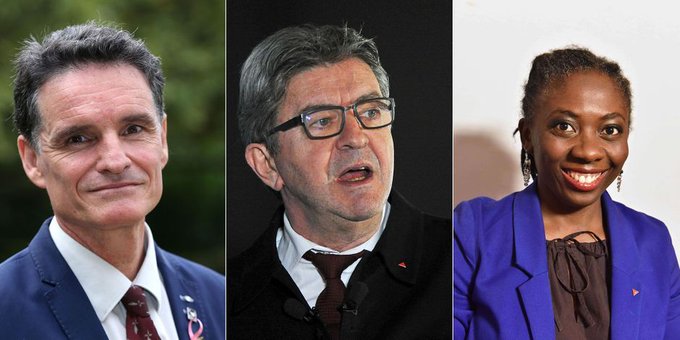 The Catalan foreign minister, Alfred Bosch, also welcomed the op-ed, adding that it shows that the conflict“is not an internal affair.”

Yet not everyone celebrated the gesture by the 52 French representatives. According to Spain’s foreign minister, Josep Borrell, the MPs “ignore the reality” of Spain. For Borrell, the jailed leaders are not “political prisoners” and the judiciary is “independent.”