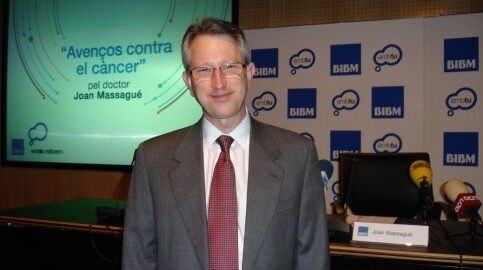 A team of scientists at the Sloan Kettering Institute in New York, led by Catalan oncologist and director of the center, Joan Massagué, have discovered how cancers spread through metastasis, opening up the possibility of new treatments. Metastasis is the process by which cancer spreads to other regions in the body, and is responsible for some 90% of cancer deaths. Yet, very little has been known about what makes cancer cells capable of metastasizing. Until now that is.

The major study from the Sloan Kettering Institute researchers concludes that metastasis-initiating cells employ a trick by hijacking the body’s natural wound-healing abilities in order to spread throughout the body. In showing that tumors do not spread through genetic mutation, as was thought, the new findings, which are published in the Nature Cancer journal, offer a new framework for thinking about metastasis and how to treat it.

“We now understand metastasis as the regeneration of the wrong tissue — the tumor — in the wrong place — distant vital organs,” says Massagué. “This is not just a metaphor. It is literally true in molecular and physiological terms.” While there were previously some clues that cancers might use wound-healing pathways to support their growth, the new findings present the first detailed picture of how this process works on the level of cells and molecules.

The decision to study this aspect of metastasis was taken 20 years ago, and it seems the hard work has paid off. According to Karuna Ganesh, a physician-scientist and the paper’s first author, we now know that “metastasis is wound healing gone wrong.”