Controversy over Spain’s role in 1944 liberation of Paris 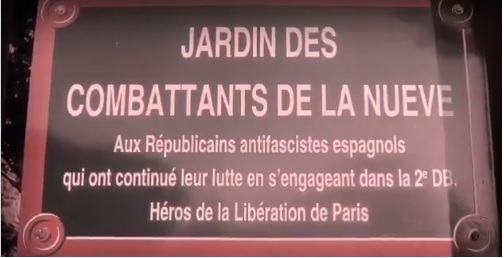 President of the Catalan Government, Quim Torra, has taken to Twitter to dispute a tweet by the Ministry of Justice regarding Spain’s crucial role in liberating Paris from the Nazis in 1944. In acknowledgement of the 75th anniversary of the historic event, the ministry’s tweet read: “Spain had a crucial role in the liberation of Paris 75 years ago. Spanish soldiers from ‘La Nueve’(150 Spanish Republican soldiers under French command) were the first to enter Paris and their contribution to this historic event was fundamental in the liberation of Paris.”

Despite the ministry acknowledging the role of ‘La Nueve’, President Torra was forced to condemn the tweet’s apparent ignorance in praising “Spain’s role”, given Spain’s contemporary ideological Republican-Fascist divide. Torra highlights that “the Spanish role in the Second World War was sending thousands of soldiers from the Blue Division (Spanish volunteer soldiers who fought alongside the Germans) to fight at Hitler’s side. Republican Soldiers from ‘La Nueve’ continued fighting against fascism and Francoist Spain.”

Several other political figures have echoed Torra’s message, some even more brutally – ERC MP Gabriel Rufián did not hold back in condemning Francoism: “If these Spanish soldiers of ‘La Nueve’ had returned, they would have been shot and buried in a gutter, just like they did with 100,000 others. A bit of rigor please.”

Former deputy of left-wing CUP (Popular Unity Candidacy) Mireia Boya has also had her input: “Months afterwards, these war-makers from ‘La Nueve’ entered Aran (in northwestern Catalonia)in the so-called recaptured operation of Spain to try to overthrow the Franco dictatorship that led them into exile. Laundering Republican history with lies is what the Ministry of Justice is doing.”

The former mayor of Badalona Dolors Sabater has also expressed her concerns: “Manipulating history by constantly rewriting Francoism and his legacy today, and continuing to scorn and silence republicanism. This is a lie that in being official is made even more serious. demands immediate rectification.”