Foreign investment is on the rise in Catalonia

According to the report, the countries with the highest presence of foreign companies in Catalonia are France and Germany (13% each), the United States (12%), Italy and United Kingdom (9% each), the Netherlands (7%), Switzerland (5%), Luxembourg (4%), and Denmark and Japan (3% each). China’s case stands out, as in 2013 it occupied the 33rd position in the ranking and has rapidly climbed to the 14th position (1%). The Asia-Pacific area experienced a growth of 15% year-on-year in the number of companies. 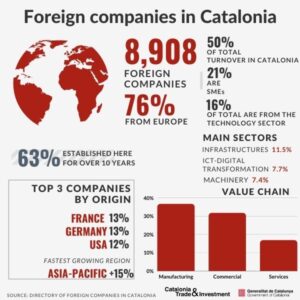 A total of 1.369 foreign companies located in Catalonia (16% of the total) belong to technology sectors, a figure that has increased by 21% compared to 2018. They mostly dedicate to the fields of ICT, 4.0 industry, biotechnology, electronics, health and medical equipment, smart cities, digital and audiovisual content, mobile, video games and R&D. Regarding sectors as a whole (per number of companies), the foreign subsidiaries established in Catalonia are dedicated to infrastructures (11.5% of the total), ICT-digital transformation (7.7%) and machinery (7.4%).

According to Catalonia Trade & Investment’s data, 18% of the subsidiaries of foreign companies in Catalonia have been created in the last 5 years, while 63% is over 10 years old. Moreover, they account for 50% of total turnover in Catalonia and 21% of them are SMEs.

Catalonia and Barcelona are leading European regions when it comes to the attraction of foreign direct investment. The Financial Times highlighted Catalonia as the best Southern European Region 2020/21 in its report on the most attractive European locations for investments. 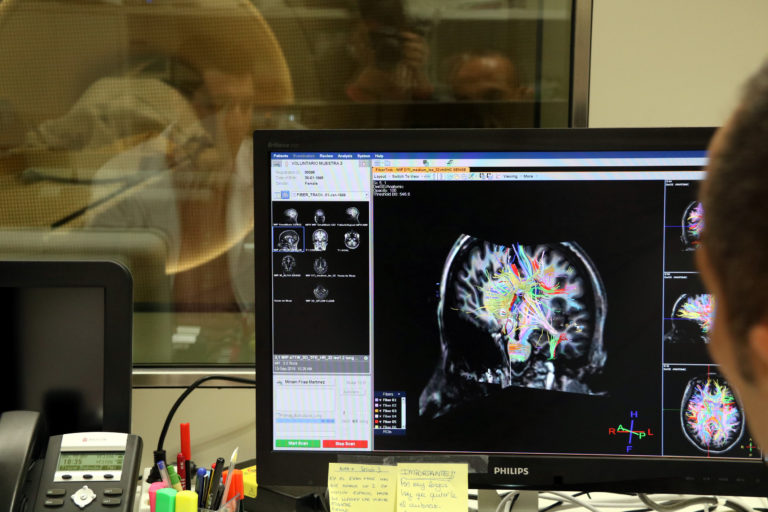