Catalan president meets with business sector, unions and public authorities to discuss next step after major international event is called off

Next Monday was supposed to see the start of one of the biggest events of the year for the international mobile communications industry, the Mobile World Congress (MWC), which is also one of the most important trade fairs held every year in Barcelona. However, after major companies withdrew from the event due to fears over the coronavirus, the organizers, GSMA, decided to pull the plug on the fair. Far from being the end of the matter, the fallout from the MWC’s cancellation continues to reverberate.

With the estimated losses to the city running into the hundreds of millions, Barcelona mayor Ada Colau said on Monday that it was not the local government’s responsibility to compensate the firms and sectors that will lose out due to the event’s cancelation. “Not at all, it cannot even be considered” was Colau’s reaction to the suggestion when speaking on Catalan radio on Monday morning. “There was no local cause for the cancellation, on the contrary, everything was even more ready than ever.”

Colau also addressed the issue of whether the event will continue in the Catalan capital after the contract runs out in 2023, saying that while there are no guarantees, the organizers “are very clear that the Mobile will go on being a success if it continues in Barcelona.”

Also on Monday, the head of Fira de Barcelona, Pau Relat, said his company, which hosts the event, will continue working so that the MWC continues to be “magnificent” and so that the agreement with GSMA ensures its continuity for “quite a few years to come.”

Meanwhile, president Quim Torra held a meeting in Catalan government HQ on Monday morning to discuss the fallout from the cancelation with the major organizations affected, such as business associations, tech firms, unions and public authorities. Torra announced the creation of an interdepartmental commission, made up of the economy, labor, presidency, digital policies and business ministries, to analyze the impact of the cancellation of this year’s Mobile World Congress.

Torra pointed out that the technology sector is one of the “most dynamic” in the Catalan economy, bringing together 15,000 companies, 115,000 jobs, with a turnover of about 16,000 million euro, making Catalonia one of the “best” regions to invest in.

Pau Relat, president of the Fira de Barcelona congress hall,  urged “discretion” from all parties to ensure negotiations would be successful. Relat underlined that the Mobile World Congress in 2021 would be “magnificent,” but called for discretion as “things that we cannot make public in the next few days will happen” and said that “unity and consensus will also be needed.”

The head of the congress hall thanked the institutions and administrations for the support over the last week, which he defined as “hard and complicated,” after the cancellation, and celebrated that all the parties involved share a common aim and are moving in the same direction.

According to digital policy minister, Jordi Puigneró, the aim of the meeting is to “save what we can in the next few weeks of many events surrounding the MWC.” One such event is the Four Years From Now entrepreneurs’ fair, which still hopes to go ahead.

Among the organizations at the meeting were the Pimec, Cecot and Foment business associations, the Chamber of Commerce, the UGT and CCOO trade unions, representatives of Fira de Barcelona, and the Barcelona and Hospitalet de Llobregat councils. 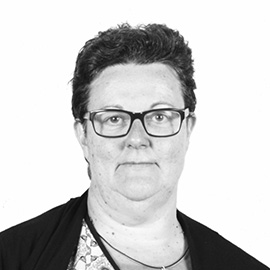