Per Nyholm: “In some Madrid circles they are toying with the idea of resorting to violence by means of a dictatorship or an authoritarian regime”

Per Nyholm (1943) is a seasoned Danish journalist who has been in the business for over sixty years. He covered the war in the former Yugoslavia, Berlusconi’s Italy and the conflicts in Russia for Jyllands-Posten, a Danish daily newspaper. He has just written Cuba, la soledat que no s’acaba [Cuba, the Never-Ending Loneliness], which includes a foreword by Catalan author Jaume Cabré, Nyholm’s friend, and an epilogue titled De Cuba a Catalunya, i d’aquí a Europa [From Cuba to Catalonia, and from Here to Europe]. This fascinating thirty-page afterword outlines Nyholm’s vision of the Catalan independence process, which he monitors closely, the parallels with Cuba and a scenario that he does not rule out: violence triggered by the Spanish state’s blindness.

We discussed that in our interview at Ateneu Barcelonès last Monday, and we also touched on Cuba —seen with a critical eye— and Nyholm’s interesting personal life history, which includes a trip to Spain carrying a briefcase loaded with money donated by Scandinavian trade unions to fund the PSOE, Spain’s socialist party, during the General Franco era. Nyholm is extremely disappointed with his “socialist friends” at the way they have been dealing with the Catalan issue.

—Let’s discuss your book’s epilogue, where you make a prediction about Catalonia: coup d’état, dictatorship or an armed uprising.
—If I mention those options it is due to my experience with the wars in the former Yugoslavia. Something similar could happen here. Not at the moment, but perhaps in five to ten years. But if Spain continues with its stupidity and its anti-democratic methods, sooner or later something may happen. Generally speaking, Catalans see themselves as a peaceful people. But it may not be for them to choose. The Spanish authorities might choose for them instead. You see, Spain has a violent tradition. In my book I mention up to four civil wars in the last couple of centuries. Three Carlist wars, plus the 1936-39 civil war. In Madrid there is a running theme of brutality and ignorance. Some forces there might speculate with a conflict, a crushing victory that might keep the damned Catalans out of the picture for the next fifty years. As our old friend General Espartero used to say. Perhaps not throughout Spain, but in some Madrid circles they are toying with the idea of resorting to violence by means of a dictatorship or an authoritarian regime. I would advise Catalans to tread with a great deal of caution and care, but not fear. If you do not get ready, you will not achieve what I wish for you: freedom as a nation. I reported on Yugoslavia for many years, before the war. What you have here is a vaguely Francoist regime with the involvement of the Spanish socialist party, my friends in the PSOE. Years ago I delivered money in a briefcase to Spain’s socialist party.

—I beg your pardon?
—Yes, in cash. Just the once. It was money sent by Danish and Swedish trade unions to fund Spain’s PSOE. I delivered the money through the UGT [Spain’s socialist trade union] at a meeting in Bilbao, in the Basque Country. It must have been in 1965 or 1966. [Former Spanish PM] Felipe González and I used to be friends. The last time I saw him was at a lecture in Prague. He was only a couple of metres from me, but I didn’t even want to say ‘hi’. As for PM Pedro Sánchez, I have zero trust in him. I’m thoroughly disappointed in them. Spain’s socialists should appreciate that Catalonia is a nation, with its own culture and history and that, at the very least, it is entitled to a referendum. I’m not saying independence, mind you. Well, you’re not even getting that. They don’t want to probe the king’s business dealings either, or improve democratic standards. On the contrary, they suspended Catalonia’s home rule by invoking Article 155 of the Spanish Constitution. I find it contemptible. 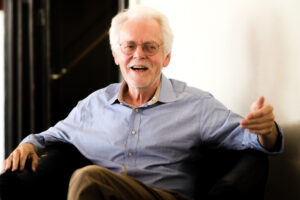 —You’ve paid Raül Romeva a visit in prison.
—Lorena is a nurse who speaks fluent Danish and works with the local chapter of the Catalan National Assembly in Denmark. She got me in touch with Francesca Guardiola, the Catalan government’s representative in my country. I asked her if I could possibly meet any of the political prisoners. Perhaps Romeva, because his English is better than some of the others. I was driven to the Lledoners facility to meet him in 2017 or 2018 and we became pen pals. I was deeply struck. All in all, I must have written about twenty articles about the Catalan issue and its European dimension. Europe has a responsibility. We cannot allow the wound to remain open. Europe must take action. How come we do so in Hungary, Sudan, Eastern Timor but we look the other way when it comes to a problem that concerns Catalonia, Spain and Europe? Unless a peaceful solution can be found, as I said, we may find ourselves with some sort of military operation by Spain or even a coup d’état.

—In your book you refer to Cuba and Catalonia as colonies. Is Catalonia a colony?
—It is a colony because Catalonia was conquered in the 18th century. We tend to think of colonies as some far-flung place, but that is not so. Take Ireland, for example. Ireland used to be a colony. Colonies needn’t be at the other end of the world. Many are nearby. For one century Finland was a Russian colony. After two wars, both countries have learnt to live in peace. Greenland is an example of how Catalonia and Spain could get on. If Greenland were to leave Denmark tomorrow, it would do so in a peaceful, dispassionate manner.

—“Sure, but they are poor and you are wealthy”. That’s the reply I got from Marlene Wind, a Danish professor, when I made the same point to her.
—Marlene Wind is a fool and you can quote me on that. I read the interview and wrote an article about it. She has no idea what she’s on about. Do you know what the trouble is with Denmark? They see Ciudadanos as a liberal party. I always warn them: Ciudadanos are fascists in sheep’s skin. That’s how I put it. The Danish president at the time travelled to Madrid for a European meeting of liberals. He made the opening address. I said it then and I’m saying it now: it was a mistake. They have been ill-advised. 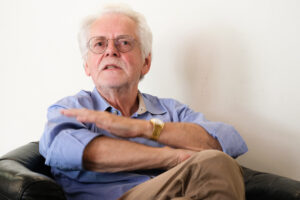 —Is there anything else you’d like to add?
—Based on my experience in the USSR and the Balkans, either Catalans put an end to their squabbling and set up some kind of force, not necessarily with artillery, but a small army for self-defence or Madrid will not give up one inch. If all you can stage are peaceful demonstrations, Brussels will not intervene. Road blocks. Power cuts. That’s the sort of thing you need, and not just 200,000 people marching on Barcelona’s Gran Via. That doesn’t bother Madrid. On the other hand, cutting off Spain’s exports to Europe would be a different matter. And if you do it at the same time as the Basques, all the better. If you are not recognised as a nation, there will be no exports. I’d like to finish off with a quote: in 1980 or 1985, if you had stood in the middle of Moscow’s Red Square and shouted “in ten years’ time there will be no Soviet Union and Poland and the Baltic countries will be in the EU”, you would have been sent neither to jail nor to Siberia. Instead they would have rushed you to a madhouse and you would have been sedated. Yet we all know what happened ten years later. All you need here is a spark that ignites the powder keg. We don’t know when and how. But if it happens, it’ll be the end of Spain. Now Spain has one last chance to save itself. Either Spain becomes a federal country, or that’ll be the end of it.