Months after former president Quim Torra was ousted for disobedience and early elections were called, now the 14 February vote belongs to the past. While results are highly fragmented and we are still only somewhat closer to finding out who his successor will be, the following maps and graphs may help to provide a political snapshot of a Catalonia where pro-independence votes surpassed the 50% barrier for the first time .

Salvador Illa’s Socialists made an astonishing comeback in Catalonia, winning 16 more seats on 14 February than they did in December 2017, giving them a first-place tie with Esquerra Republicana as both parties will be sending 33 MPs to Parliament.

Left-wing Esquerra Republicana came out as the leader of the independence bloc, one seat ahead of Carles Puigdemont’s Junts per Catalunya and 24 more than far-left CUP—together, however, these three parties have an absolute majority of over 68 MPs.

Sunday was also a historic night for far-right Vox, an ultranationalist unionist party that has made its way into the Catalan parliament for the first time ever.

Ciudadanos were the biggest losers of the night as they went from being the most voted party three years ago, with 36 MPs, and heading the anti-independence opposition, to obtaining a mere six seats in 2021, only three more than the smallest party in the chamber, the conservative People’s Party.

What share of the vote did each party win?

Although this has not translated into more seats for Illa, the Socialists won the largest share of the vote—22.9%—ahead of Esquerra Republicana by 1.6% and Junts per Catalunya by 2.8%.

All in all, 39.8% of ballots were for unionist parties, while 48% were for pro-independence parties with parliamentary representation, although this figure rises to 51.16% when including smaller parties, including PDeCAT, that do not have any MPs. Anti-austerity En Comú Podem, with 6.8%, is non-aligned on the question of Catalan independence.

How did turnout compare to past elections?

Only 53.56% of eligible voters cast their ballot on February 14. This unusually low turnout—the lowest in Catalonia since 1980, when the first post-dictatorship election was held—can be attributed to multiple factors, including the pandemic, confusion regarding the date following an unsuccessful attempt to postpone it, and even bad weather.

Where is the independence movement stronger?

The pro-independence movement in Catalonia is strong and resilient. However, as the following map shows, Catalans are not unanimous on whether leaving Spain is the best way forward, with the heavily populated Barcelona metropolitan area, other parts of the coast, and the Aran region in the western Catalan Pyrenees tending to favor unionist parties and the rest of Catalonia leaning towards pro-independence ones.

What was the strongest party per municipality?

The unionist-pro-independence divide is just one way of analyzing the election data—but when broken down per party, especially considering there were nine main ones running on Sunday, we have a far more nuanced picture of political leanings per municipality.

Although En Comú Podem was not the most successful party in any municipality, it still managed to take eight seats; PDeCAT, on the other hand, was voted for by a majority of people in a handful of small towns, but will not have any parliamentary representation this next term.

If we zoom out to a constituency-level, Junts per Catalunya wins in both the west in Lleida and north Girona while the Socialists are the party with the most electors in the central Barcelona area and Esquerra Republicana holds that title in the southern Tarragona area.

The three most voted parties—the Socialists, Esquerra Republicana, and Junts per Catalunya—have fallen short of an absolute majority needed rule comfortably, meaning that if they want to hold onto the presidency, they will have to form alliances with other parties to do so.

The most obvious pact would be one that leads to a ERC & JxCat & CUP pro-independence government.

While ERC has ruled out governing with the Socialists, they could in theory reach a left-wing agreement that includes ECP.

A unionist alliance (PSC, VOX, Cs, and PP) would fall short of the seats needed, and in any case, would still be unlikely given the discrepancies frequently on display among these parties in Spain’s Congress.

To use the tool, click on the parties in the key to toggle them on and off, and see what political combinations could work to reach an absolute majority. 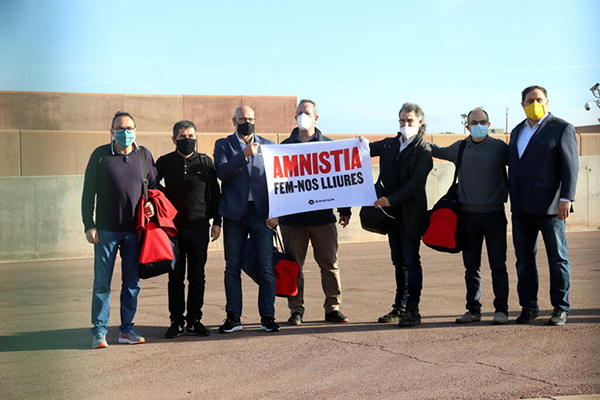 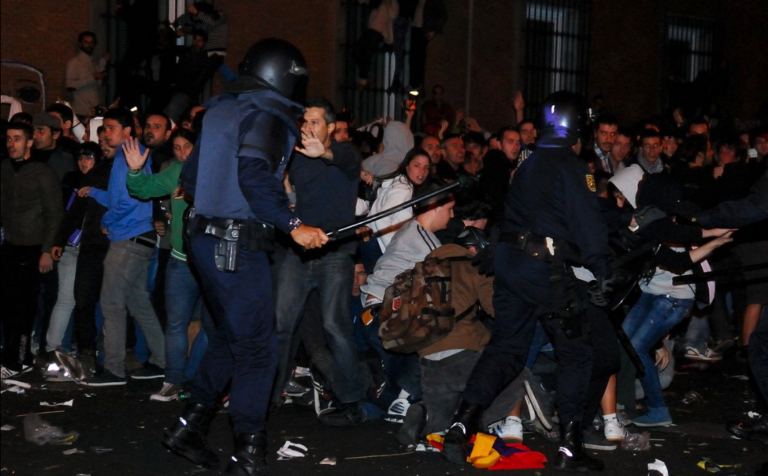